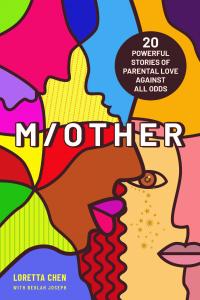 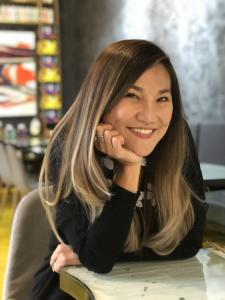 In memory of Joycelyn Teo 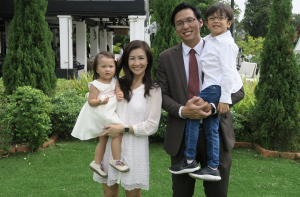 Published by Straits Times Press, the book explores 20 powerful stories of parenthood, social stigmas and legal hurdles surmounted to love against all odds

I want to foreground challenges of invisible m/others who raise children in extraordinary circumstances without frameworks of support. I hope to create inclusive platforms to allow all to thrive.”
— Loretta Chen

But what about rape survivors and terminally ill mothers? Where is the public discourse on and recognition of teen, single, incarcerated, foster, surrogate, migrant and stepmothers? Do they receive the support that “regular” mothers do or are they seen as being less of a mother?

The fact is, this diversity is the reality we have to grapple with.

These include Woman on Top: The Art of Smashing Stereotypes and Breaking all the Rules and Madonnas and Mavericks : Power Women in Singapore where she interviewed the incumbent President of Singapore, Halimah Yacob, leading actress Xiang Yun and Paralympian Theresa Goh amongst others.

A committed equity advocate, she openly raised the issue of LGBTQIA rights with the late Prime Minister of Singapore, Lee Kuan Yew in 2007. Since then, the Parliament of Singapore has passed a bill on 29 November 2022 to repeal Section 377A that criminalizes sex between consenting male adults.

Chen now turns her attention to and explores the concept of “mother” in this heartfelt collection of 20 interviews with parents who have faced challenges or have themselves challenged the norms.

Among the parents featured are:
• Magdalene See, an actress raising two adoptive children
• Hillary, a thrice-divorced mother bringing up two children
• Emily, who became a mother as a result of an act of sexual violence that led to conception
• Maximillian and his partner, who engaged a surrogate mother in the US to conceive their twins
• Joycelyn Teo, an ex beauty queen who has since succumbed to cancer leaving behind two young daughters

Says Chen, “I choose to highlight these stories as I want to be able to foreground the challenges of the invisible m/others who raise children in extraordinary circumstances without the typical, societal frameworks of support. It is my hope that we can create open, diverse, inclusive and equitable platforms to allow all of us to thrive as a connected community.”

Their stories and others in this book bear testimony to the power of love that does indeed conquer all. It comes with a foreword written by renowned peacebuilder Maya Soetoro-Ng, sister of President Barack Obama and Sai Tzy Horng, scion of Julie’s Biscuits and founder of The Best of You, a social movement celebrating the spirit of appreciation and inclusion.

Published by Straits Times Press, the book will be available from January 15. It retails at SGD30 / USD22 at all major bookshops, Kindle, Amazon and stbooks.sg

Hailed as “a force of nature”, “Asia’s Anna Wintour” and “Top 100 Women of the Future”, Dr Loretta Chen is an award-winning creative director, a bestselling author and a respected thought leader. She was shortlisted as a Nominated Member of Parliament and was International Consultant to Druk Holdings and Investments (DHI), the investment arm of the Royal Government of Bhutan.

Loretta is currently a leadership, brand marketing and performance studies professor at University of Hawaii, Ritsumeikan Asia Pacific University and Carnegie Mellon. She is also co-founder of Smobler Studios, a leading metaverse architecture firm backed by The Sandbox, a subsidiary of Animoca Brands and one of the biggest decentralized virtual worlds.

Loretta’s personal tagline is People, Purpose, Possibilities and she is committed to accelerating the next generation of leaders, entrepreneurs and changemakers. She is based in Hawaii and is a mom to 18 fur babies. 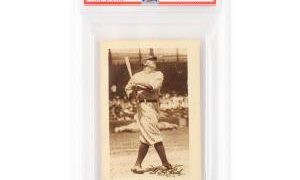 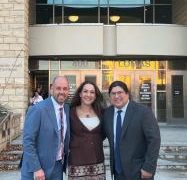 KNEX Technology Announces Expansion of its Operations in India