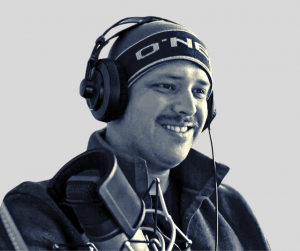 Wonderful Wisconsin winter landscapes will be featured in a new short film.

In my mind, I saw great icy plains, a fisherman doing something in the cold. After a bit of research, I found illustrations of the
Brothers Grimm fairy tales, and the idea took off from there.”
— Cameron Currin, founder Ember and Smoke Productions

MILWAUKEE, WI, USA, January 12, 2023 /EINPresswire.com/ — Ember and Smoke Productions, a film production company based in Milwaukee, has announced its first short film project of 2023. “Mandje,” a dark, dramatic retelling of “The Fisherman and his Wife” by the Brothers Grimm, is now in pre-production. Cameron Currin will direct with support on the set from award-winning filmmaker Cody Kristapovich.

“It was music that led me to this project, initially,” said Currin, an award-winning filmmaker and founder of Ember and Smoke productions. “In this case, I was listening to some very dark and melodic music by the artist Seabuckthorn. In my mind, I saw great icy plains, a fisherman doing something in the cold. After a bit of research, I found illustrations of the
Brothers Grimm fairy tales, and the idea took off from there.”

Currin’s company will produce the film in association with Rick Grant’s Heatherhill Pictures. Grant was formerly the facilitator of the Madison Indie Filmmakers Meetup Group, which attracted over 800 creators from across the state. Currin will also serve as Director of Photography.

The story was originally published by the Brothers Grimm in the first edition of Kinder- und Hausmärchen in 1812 as tale no. 19. Their original source was the German painter, Philipp Otto Runge (1777–1810), from whom the Grimms obtained a manuscript of the tale in 1809.

Kristapovich and Currin worked together on the short film “The Fridge” (2022), which has completed a successful festival run, netting several awards. Kristapovich was first inspired to pursue directing while in his senior year of high school, when he won the Lake Country Film Festival Prize for Best in Show for his LGBT+ short film “Red Letter Day.” He has developed several projects since, including the family drama short “The Mitchell’s.”

Currin has been serving his country as an active duty member of the United States Coast Guard for the past 16 years. While serving in Alaska, he decided to pursue his personal passion for filmmaking, which resulted in the award-winning film Kushtaka. That film won several national and international awards, as did his next short film, Infinitus.

Currin says pre-production work will be completed this month and expects to be on location in Door County to begin shooting in February, 2023.

About Ember and Smoke Productions
Ember and Smoke Productions is a Milwaukee-based film and video production company that specializes in corporate, event and wedding videography, and narrative filmmaking. Founded by award-winning filmmaker and active duty United States Coast Guard member Cameron Currin, the company works on projects throughout the Midwest and has produced a number of award-winning short films, including Kushtaka and Infinitus. Find out more on the company website at https://emberandsmoke.productions/. FAITH IN VAISHNO DEVI IS THE SECRET TO ACHIEVING DREAMS IN NEW Best Sellers at Amazon, “The Soul of Success Vol3” The Future of Breastfeeding: The Rise of the Breast Pumps Market 2023 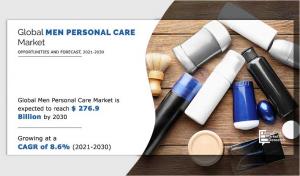 Men Personal Care Market is expected to reach a size worth of US$ 276.9 Billion by 2030