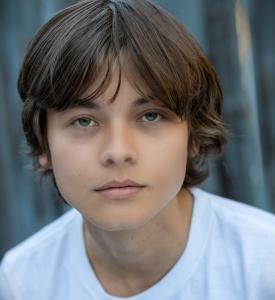 Repped by Integral Artists and CTC, rising star Arman Darbo was signed to narrate the social fiction podcast for 100 new episodes in 2023 and 2024.

Darbo’s performance draws on his natural ability to marry rage with sarcasm. The finesse of Arman‘s character portrayal impressed me a lot, and I can’t wait to see where he will take this character.”
— Dalya Guérin

LOS ANGELES, CALIFORNIA, USA, January 2, 2023 /EINPresswire.com/ — Known for his groundbreaking performances in school-shooting drama “And Then I Go” and dystopian fantasy “Greatland”, Darbo will be the voice of Jay, a young, disenfranchised Angelino set on a treacherous journey through the underbelly of L.A.

“It’s a deeply challenging role and the kind of character that motivates me to be an actor. Jay has an incredibly rich arch. My generation can relate to him because of his mental health struggles, and economic difficulties. He is both naïve and determined to change the world and find his place in it,” says Darbo as he embarks on the recording of a full season of the podcast to kick off the new year.

The opening 8 episodes of the podcast first aired in March 2022 and quickly garnered popularity with thousands of views and downloads on Buzzsprout, Spotify and all major audio streaming platforms.

With a new batch of thought-provoking episodes, the show further develops as a modern version of Dostoievski’s “Crime and Punishment” set in the homeless encampments of Venice beach. Fans of the podcast will surely enjoy the new stages of Jay’s transformation from teenage underachiever and school drop-out to virtuoso social engineer.

Just like episodes 1 to 8, this new season of “How I Solved the Homeless Crisis in Cali” is penned by the podcast original showrunner L.A.-based director-writer Dana Ziyasheva. Her first feature film “Defenders of Life” amplified the plight of indigenous child brides in Costa Rica and helped outlaw underage marriages in that country. Ziyasheva’s sophomore feature Greatland, available on Amazon Prime and Tubi TV, is a dystopian fantasy set in Los Angeles of the future.

The new 2023 episodes are directed by French author and showrunner Dalya Guérin, who is known for indie gems “Répétition” (“Rehearsal”, 2015), “Point of No Return” (2016) and “Claws Out” (2019). Her script “Air” won Best Short Screenplay at the Glendale International Film Festival in 2018. Elevating the mystery and horror genres with thought-provoking social commentary, Guérin’s work explores the darkest contradictions of society through conflicted characters.

“Dana Ziyasheva’s projects are always out-of-the box. I find it refreshing in a world that values too often conformity. For me, a writer should follow their gut instinct rather than some success recipes, Guérin says. Jay is an anti-hero, and the power of the story is to highlight the visceral hostility of this damaged individual. The author introduced here a fine metaphor on how our societies and nations work. It’s the same idea when we host events in 5 stars hotels for films about hunger, poverty or discrimination.”

In these new episodes, Jay’s introspection takes on touching tones in “Feast in Times of Plague” and “Emergencies” where the young man realizes no justice will be served in his life unless he takes matters in his own hands.

As director Dalya Guérin highlights, “During preproduction with Arman Darbo, we discussed about the feeling of humiliation for the part. Understanding how arrogance is a limbic answer to a perceived threat was key in his preparation work.”

The disturbing connections between drug abuse, gang life and homelessness are further explored in episode titles, such as “Methlahem” and “Legacy Lice” while “Quarantine” sheds light on the mental, physical and economic toll taken among lower classes by lockdown policies.

In 2020, when the story starts, California beat the nation’s record with over 160,000 homeless population. The number of homeless people dying on the street, doubled during the pandemic. “California’s turbulent politics is a fertile ground for a podcast series on key social issues. I always advocated for independent cinema as a laboratory of ideas with cathartic powers,” Ziyasheva says. Judging by the initial response to “How I solved the Homeless Crisis in Cali”, the audience relates to Jay’s story in a very personal way, because every Californian is affected by the homeless crisis one way or another. And we are happy to provide an authentic outlet to all these unresolved emotions.”

Original and new episodes of “How I solved the Homeless Crisis in Cali” are available on all podcast platforms. 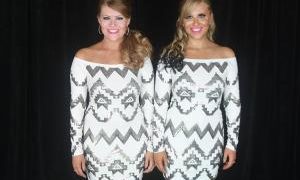 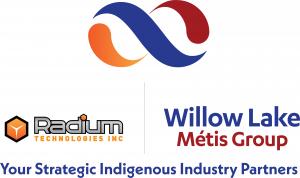