LONDON, SURREY, UNITED KINGDOM, January 3, 2023 /EINPresswire.com/ — The public opposes by a factor of 5 to 1 plans to raid earnings made by the UK’s vital renewable energy sector, while treating more favourably the huge profits made by oil and gas firms as a result of soaring energy costs.

This is the key finding of the first poll giving the people’s verdict on the proposed Electricity Generator Levy (EGL), which came into force on January 1st.

Polling firm Censuswide probed the views of a nationally representative sample of 1,000 UK adults to the controversial green tax plans, as part of a survey commissioned by Community Windpower – a £2bn investor in over 1.5GW of UK wind energy.
The green energy generator has told Ministers it will sue in a bid to block the EGL and has instructed top London law firm Mishcon de Reya and leading barristers David Blundell KC and Yaaser Vanderman of Landmark Chambers to pursue the case.
The key findings of those expressing a view in the poll on energy profits are that:
– Respondents reject by a factor of close to 5 to 1 the suggestion that taxes on extra profits should target green energy only (41% disagreed v 9% agreed)
– There is significant support for green energy, which is backed by a factor of nearly 4 to 1 (49% agreed v 14% disagreed)
– There is strong support for schemes which see energy profits distributed locally to help people struggling with their bills, backed by a factor of close to 5 to 1 (50% agreed v 10% disagreed); Community Windpower has just launched the first such scheme of its kind in East Lothian over this winter [see Notes to Editors]

“This poll confirms what we suspected all along, namely that there is significant public disquiet over the controversial Energy Generator Levy and its smash and grab raid on renewables.

“We need more green energy, not less. The Government’s own legally-binding commitment is that all electricity will be low-carbon by 2035. A dependable domestic renewables sector is key to achieving this, so why are Ministers undermining their own ability to achieve net zero?”

“This polling shows that voters find it bizarre that the Government is bringing in a levy that will deliberately penalise renewable energy firms. This comes at a time when over half of Britain’s electricity demand is being met by low carbon power, saving consumers an estimated £5.7 billion in the last quarter by avoiding the need for gas imports.

“With this policy, the Government is putting at risk the UK’s renewables industry. It is jeopardising £200 – £300 billion of new investment and the 440,000 well paid jobs that the Government itself had previously forecast to be delivered by 2030. Investors will simply look to other countries if this policy is not substantially reversed.”

About Censuswide and the poll methodology:

Research was conducted with a survey by Censuswide, among a sample of 1,000 UK adults aged 16+, nationally representative on age, gender and region. The data was collected between 23.12.2022 – 28.12.2022. Censuswide abides by and employs members of the Market Research Society and follows the MRS code of conduct which is based on the ESOMAR principles.

About the Electricity Generator Levy:

In addition, coal, oil and gas electricity generators are out of the levy’s scope, despite earning supernormal profits – another sign that the Government is incentivising fossil fuel generators whilst penalising and restricting investment and economic growth within the vital renewable sector. Those businesses’ operating models also run counter to the UK’s net zero ambitions. If the Government seriously wants to raise revenue to help pay for household and businesses’ support, it would capture everyone operating in the market fairly. The same is true for the unexplained decision to only hit the larger generators, while allowing smaller ones to avoid the scope of the levy.

Legal submissions by Community Windpower call the levy “unfairly disproportionate, discriminatory and adverse to the Government’s Net Zero Strategy”, citing conflicts with a wide range of existing obligations on Ministers, including laws requiring the Government to cut carbon emissions and to promote alternative energy sources. 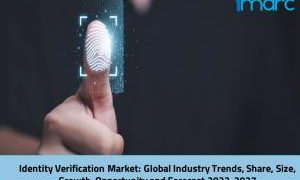 Smart Manufacturing Platform Industry : A Breakdown of the Industry by Technology, Application, and Geography 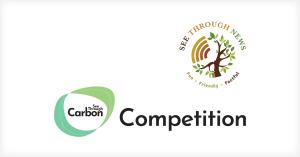